DUNNI
A 24 year old art gallery owner and only daughter of her parents is about to marry the
love of her life,IT entrepreneur, Dozie.

ADESUA ETOMI
Adesua Etomi made her big screen acting debut in April 14, 2014 when Knocking On Heaven’s Door was released in Nigerian cinemas. Her riveting performance as the abused Debbie announced Adesua Etomi as one to watch. With back to back stellar performances first as Layo in Brave and as Sharon in Gidi Up Season 2, Adesua Etomi proved to critics that she had the requisite acting chops. In August 2015, she joined the cast of MTV’s HIV/AIDS edutainment series Shuga 4 as Sheila and in October 2015, Adesua Etomi was unveiled as a cast member of a Crime and Investigative drama series titled Special Crimes Unit: Las Gidi Cops which debuts in the third quarter of 2016.

On the big screen, Adesua Etomi would deliver another emotionally gripping performance, this time as Muna in the feature film; Falling, which was released theatrically in September 2015. Her 2015 cinema run was followed by a nationwide release for A Soldier’s Story in October 2015 and Inkblot’s Out Of Luck on December 4, 2015 release. Her next foray into the cinemas was on February 5, 2016 with Tolu Tanner’s Couple Of Days. Her performance in Falling earned her the Best Actress In A Drama award at the 2016 Africa Magic Viewers’ Choice Awards and a Best Actress Nomination at the 2016 Africa Movie Academy Awards. AdesuaEtomi would go on to land the lead role in her first international film project tilted “And The Spirit Slowly Dies” which begins principal photography in the last quarter of 2016.

With primary training in theatre Adesua Etomi, straddles the screen and stage worlds expertly. Her foray into theatre began in 2004 with The Crucible, while she studied for Diplomas in Performing Arts, Musical & Physical Theatre at The City College in Coventry, United Kingdom. In 2008 & 2009 she would star in three plays for the Arena Theatre, while studying for a Bachelors’ in Drama and Performance at The University of Wolverhampton. Upon completion of her studies in 2009, Adesua Etomi bagged a First Class Honors’ degree and a Foursight Theatre Award for the Best Performance in A Devised Piece Of Work.

With the initial goal to work for a year to enable her diversify her world experience; Adesua Etomi strayed from the world of acting for a little under three years, until the yearning to do what she loved most won over. In 2012 she got back on stage in The Miller’s Tale which showed at the Edinburg Film Festival. In 2013, Adesua Etomi made a trip back to Lagos, Nigeria to visit family and met a vibrant film and theatre scene which she decided to venture into. This led to several appearances in stage plays all over Nigeria including Shattered, Anatomy of a Woman, Crystal Slipper, London Life Lagos Living, Saro 1 & 2, Les Miserables, Band Aid and The Secret Lives Of Baba Segi’s Wives.

Later that year, Adesua landed the lead role in her first movie – Knocking On Heaven’s Door, produced by EmemIsong. Adesua Etomi would again team up with EmemIsong in a big budget period piece, tentatively titled “Ayamma – Music In The Forest”, which is primed for a winter 2016 theatrical release. With each new performance on screen and stage, Adesua Etomi has steadfastly won over industry watchers and critics. In November 2015 leading Journalist, Film Critic, Festival Aficionado and Film Awards Jury Panelist – Shuaib Husseni dubbed her “The New Princess Of The Silver Screen”.
She plays the role of ‘Dunni Coker’, the bride in ‘THE WEDDING PARTY’. 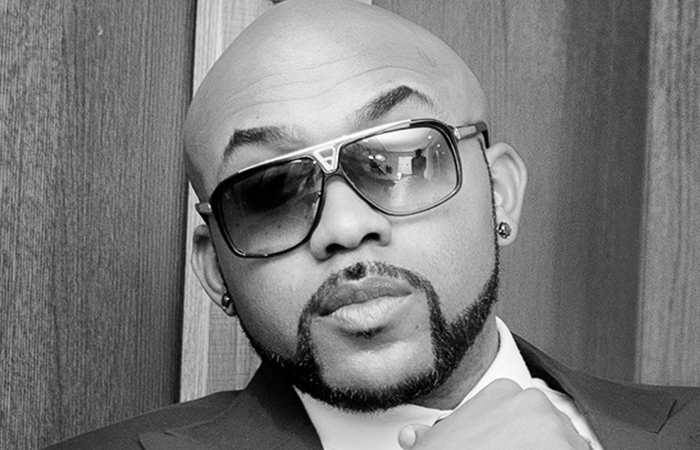 BANKY WELLINGTON
Olubankole Wellington, known professionally as “Banky W”, is hailed as the King of
African R&B and has an impressive discography spanning several years as one of
Africa’s most relevant and successful musicians. As Chairman and Creative Director
of EME, he has spearheaded and launched the careers of many of Africa’s biggest and
most ubiquitous artists, most notably WizKid, DJ Xclusive and Skales.

Beyond music, Mr. Wellington has broadened his horizons by taking on guest starring
roles on cable dramas like “Jacob’s Cross” and “Shuga”, as well as numerous cameo
appearances in multiple Nigerian movies. He has also achieved success in event
production and management, boasting an impressive corporate client list. A
philanthropist, he has been involved in numerous charitable initiatives, including the
“Light Up Nigeria” campaign and the #Dream4Naija project. 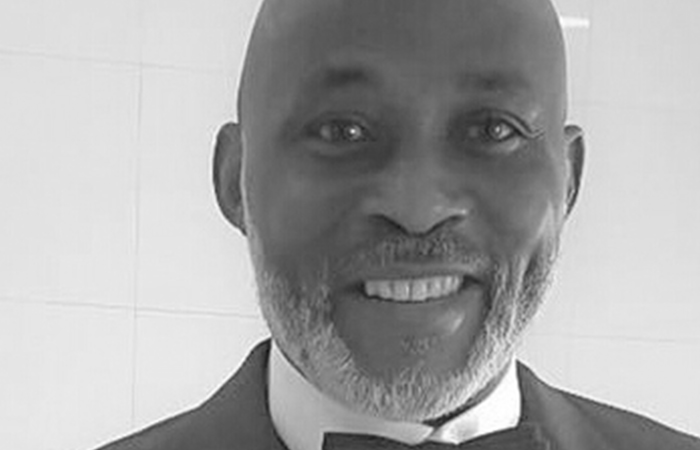 FELIX ONWUKA
A seasoned banker and industrialist, the father of the groom.

RICHARD MOFE DAMIJO
Richard Mofe-Damijo, RMD as he is widely known and fondly referred to is the biggest male actor to come out of Nigeria in particular and Africa as a whole. He has starred in well over 60 movies and TV Series locally and internationally.

A creative fire-brand, RMD wrote for several prestigious Nigerian newspapers including Concorde and Guardian. In his early 30s he published Nigeria’s first all-gloss magazine for men MISTER which he sold for several millions at 33 years. A man of many parts, RMD is a Writer, Creative Content Creator, Producer, Lawyer, Life-Coach, Public speaker, Master of ceremony amongst other talents.

In 2008, RMD was called to serve in government in his home state, Delta State, Nigeria, 1st as a Special Adviser to The Governor and subsequently as The Honorable Commissioner of Culture and Tourism.

The fact that he was greatly missed by fans all over the world is clearly seen in the way he broke the internet when he returned to the scene and reactivated his social media accounts.
Since his return to the scene RMD has as always been the toast and desire of not just fans but journalists, photographers, stylists, brands, writers and film makers. RMD has since his return to acting in the past year traveled the world starring in movies, TV commercials and representing Nigeria in the global scene of which the 007 SPYFIE is one.

Having endorsed many brands in the past, RMD is presently brand ambassador for Africa’s largest and fastest growing telecommunications network.

Richard Mofe-Damijo owns one of Nigeria’s foremost PR outfits WHITE WATER LIMITED which he still actively runs alongside his production company RMD Productions Limited. Richard Mofe-Damijo has received numerous prestigious awards and recognitions all over the world. He recently won the Lifetime Achievement Award at AMAA 2016, the highest honour any Actor can receive.

Richard Mofe-Damijo has a Law degree from University of Lagos and was called to the Nigerian bar in 2007.

He plays the role of Felix Onwuka, the father of the groom in ‘THE WEDDING PARTY’. 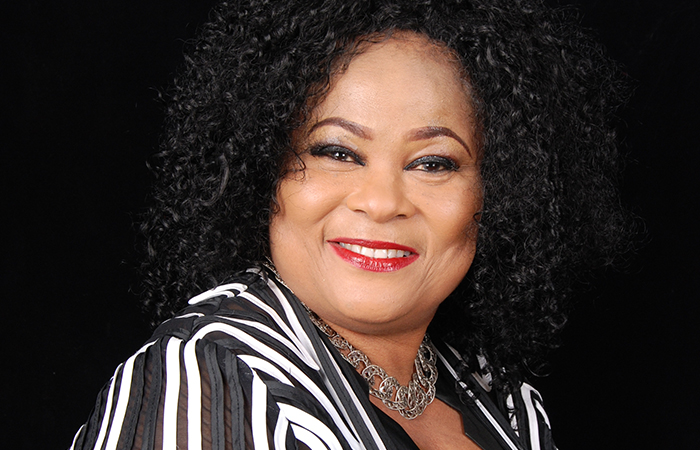 TINUADE COKER
The bride’s mother who is excited about her only child getting married has decided to leave no stone unturned to announce to Nigeria’s elite that a new family has joined the 1% richest.

SOLA SOBOWALE
Sola Sobowale is a veteran Nigerian Film Actress, Screen Writer, Director and Movie Producer. She started her acting career when she joined the Awada Kerikeri Group under the leadership of Adebayo Salami, where she starred in hit movie ‘Asewo To Re Mecca’. A multiple award winning and well known face in the Nigeria TV industry, Sola is one of the few Nigeria actress whose face and name will resonate across both the older and younger generation of Nigeria movie viewers. Most often playing the role of a wife and mother, Sola has played lead roles in both English and Yoruba home movies. Sola very well understands the Nigerian culture, beliefs and practices as it affects women and mothers.

Sola Sobowale as a brand identified with Corporate Social Responsibility (CSR) initiative(s) with the motive of giving back to her community. Sola led the walk among notable personalities to show her support for the visually impaired students of the Federal Nigeria Society for the Blind (FNSB). This initiative received notable applauds and encomiums from individuals and corporate bodies. Possible causes also includes but not limited to her immense donations and support to Reagan School ‘JAZZ 38’ Club, Department of Theatre arts in Tertiary Institutions, Breast Cancer Awareness, World Braille’s Day, International Day for the Elimination of Violence against Women, Walk against Piracy, World immunization Day and more.

She plays the role of ‘Tinuade Coker’, the mother of the bride in ‘THE WEDDING PARTY’ 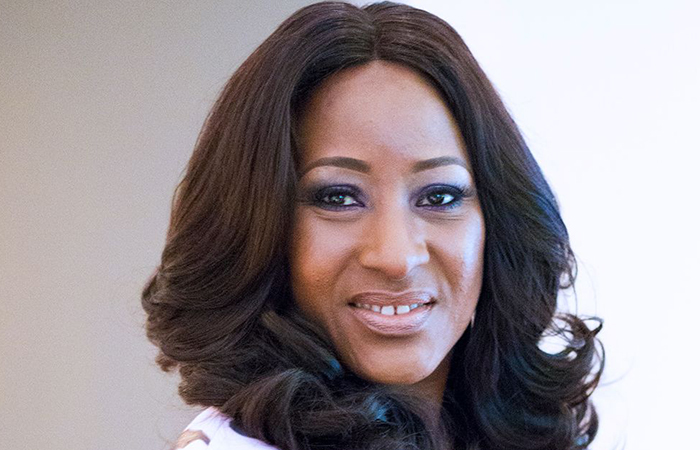 OBIANUJU ONWUKA
Obianuju has reluctantly conceded to their 3rd and last born son marrying into a family she considers as beneath them.

IRETI DOYLE
In a career that has spanned two decades in the Nigerian entertainment industry, her credits cut across stage, television and film and print. An accomplished writer, actor, producer and presenter; IRETIOLA DOYLE was born on the 3rd of May in Lagos Nigeria and in the course of her life has lived in New York, Boston, Jos and Lagos. She possesses a Diploma in Mass Communication and a B.A. in Theatre Arts both from the University of Jos.

She also produced and presented her own fashion and lifestyle how titled “OGE WITH IRETIOLA” for ten years and at different times anchored several A-list television shows, like “MORNING RIDE”, “TODAY ON STV” and “NIMASA THIS WEEK” on Channels TV.She is a renowned writer and has several screen plays to her credits Amaka Igwe’s “TEMPEST” (Season 1) being one of them.

Iretiola Doyle is an avid social commentator who at different times penned the popular columns; “SHOOTING BREEZE” in City People, and “IN THE CHATROOM” in the GLITTERATI pull-out of this This Day Newspaper and TIOLA’S TAKE in th Saturday Vanguard.

On television she has created memorable characters on hit shows like “FUJI HOUSE OF COMMOTION”, “DOWRY”, and “GIDI – UP”! Iretiola currently stars as the enigmatic “SHEILA ADE-WILLIAMS” in the MNET television series “TINSEL”.

Her most recent stage credits include “THE VAGINA MONOLOGUES”, OLUROUNBI THE MUSICAL” and HEAR WORD” and “THE WIVES”. Described as an ‘actor’s actor’ by her peers, she is renowned for pitch perfect performances.

She plays the role of ‘Obianuju Onwuka’, the mother of the groom in ‘THE WEDDING PARTY’ 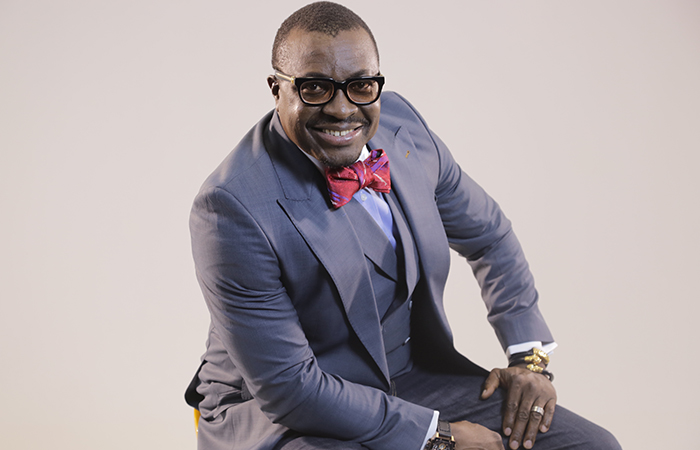 BAMIDELE COKER
The bride’s father who recently enjoyed a surge in his fortunes on account of his oil
block allocation has decided to go all out to make this the wedding of the century.

ATUNYOTA ALLELUYA AKPOROBOMERERE
Atunyota, popularly known as Ali Baba, is one of Nigeria’s foremost standup
comedians. His comedy career began in university where he studied Law; till he
figured out he could make more money from making people laugh than from
defending them! He has since gone on to headline show after show, with numerous
media appearances in Africa and the wider world.

His career has spanned over 20 years and he has won many awards. 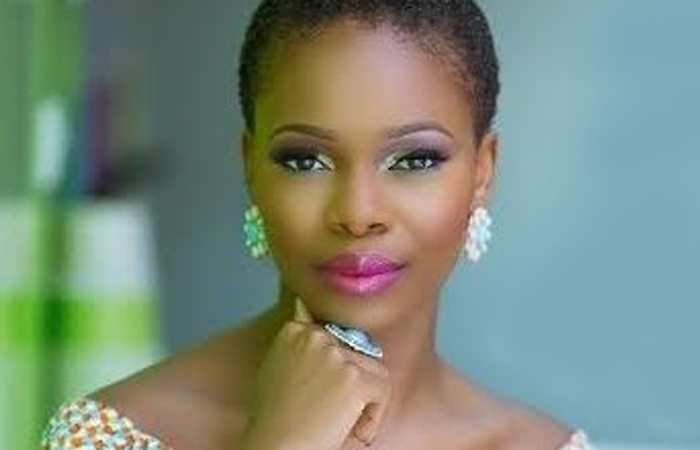 Wonu has hired the best vendors and gone over every detail to make sure this wedding runs as planned. Too bad she is in over her head.

ZAINAB BALOGUN
Zainab began modeling at 16 and has since then been featured in several international campaigns. She co-founded “The Jist TV”, a
web-series that highlights African culture, featuring interviews with Africa’s top personalities. She now works as a presenter for
“The Spot” on EBONYLIFE TV. 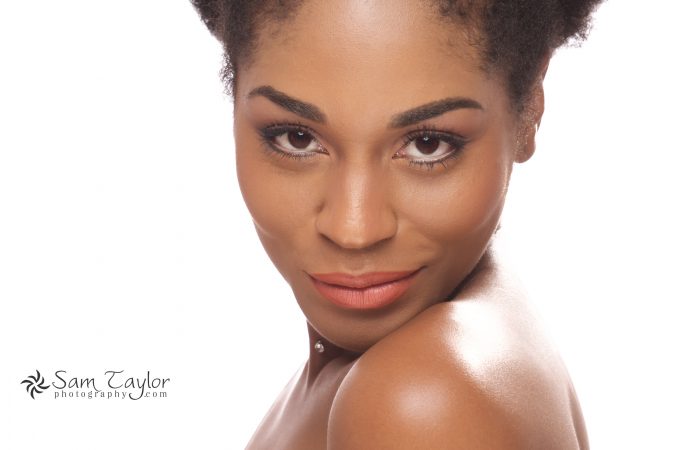 Yemisi – She’s gorgeous, she’s sexy and she speaks her mind. Dunni knows that her maid of honour, Yemisi, will always be there for her.

SOMKELE IYAMAH-IDHALAMA
Somkelehad her acting debut on the TV series “The Island”, but she gained popularity as a supporting actress on the web series
“Gidi Up”, where she played the role of fashion designer Yvonne.Shemanages the fashion label ANDREA IYAMAH, specializing
in custom couture, ready-to-wear and retro swimwear. 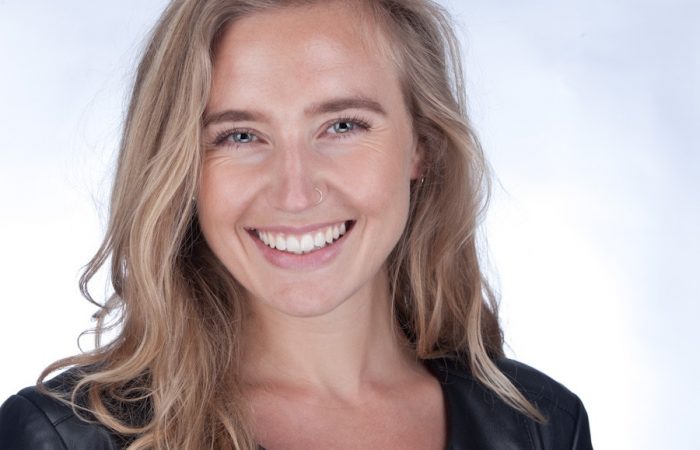 Deardre flew all the way from England to watch her friend Dunni walk down the aisle and, possibly,meet her own African prince.

DANIELLA DOWN
Daniella specializes in physical and experimental theatre, and she has been involved in numerous original and classic plays and
physical adaptations, including ‘Old Boy’- a physical interpretation of Chan-wook Park’s film. She is also a trained voice over artist 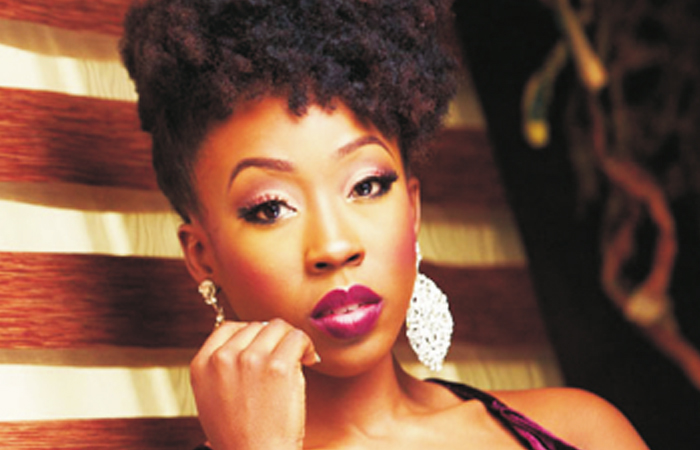 Rosie – Dozie’s EX
Nothing will stop Rosie from winning back Dozie’s heart, not even his wedding.

BEVERLY NAYA
Beverly began acting while studying philosophy, psychology and sociology at Brunel University, after which she studied script-
writing and film-making at Roehampton University. She has appeared in films such as “Weekend Getaway”, “When Love
Happens” and “Brother’s Keeper”.